Not long after I (Hywel Williams) moved to Revelstoke 6 years ago I was given the opportunity to jump in a helicopter and shoot photos of Heliski guests, I couldn’t believe my luck, not in my wildest dreams did I imagine this. Alain Sleigher (another rad photographer!) was the man behind that opportunity, but it’s Dan Stewart that keeps me flying and is on hand to help me on my own photography journey.

As I sat down with Dan and asked him how he got into photography, I began to realize that like most creatives this is a long and winding story, therefore not a question for a written interview (totally worth asking him about it though, super interesting!). Dan’s mum may have owned a camera store before he was born and continued to work in the photo world but it wasn’t until college that he got his first camera, a whole 4MP. A move to Revelstoke fuelled Dan’s snowboarding passion whilst he got to explore life behind the lens, stints at CP Rail, economic crisis all of this played its part but it’s his hard work and dedication that moves him forward.

In the past 5 years, I have watched Dan relentlessly push himself to create better and better work. He now works with some of the top athletes in the game and his work graces the pages of Ski, Snowboard and Kayak magazines on a regular basis, with him also bagging some covers, the holy grails of photography! 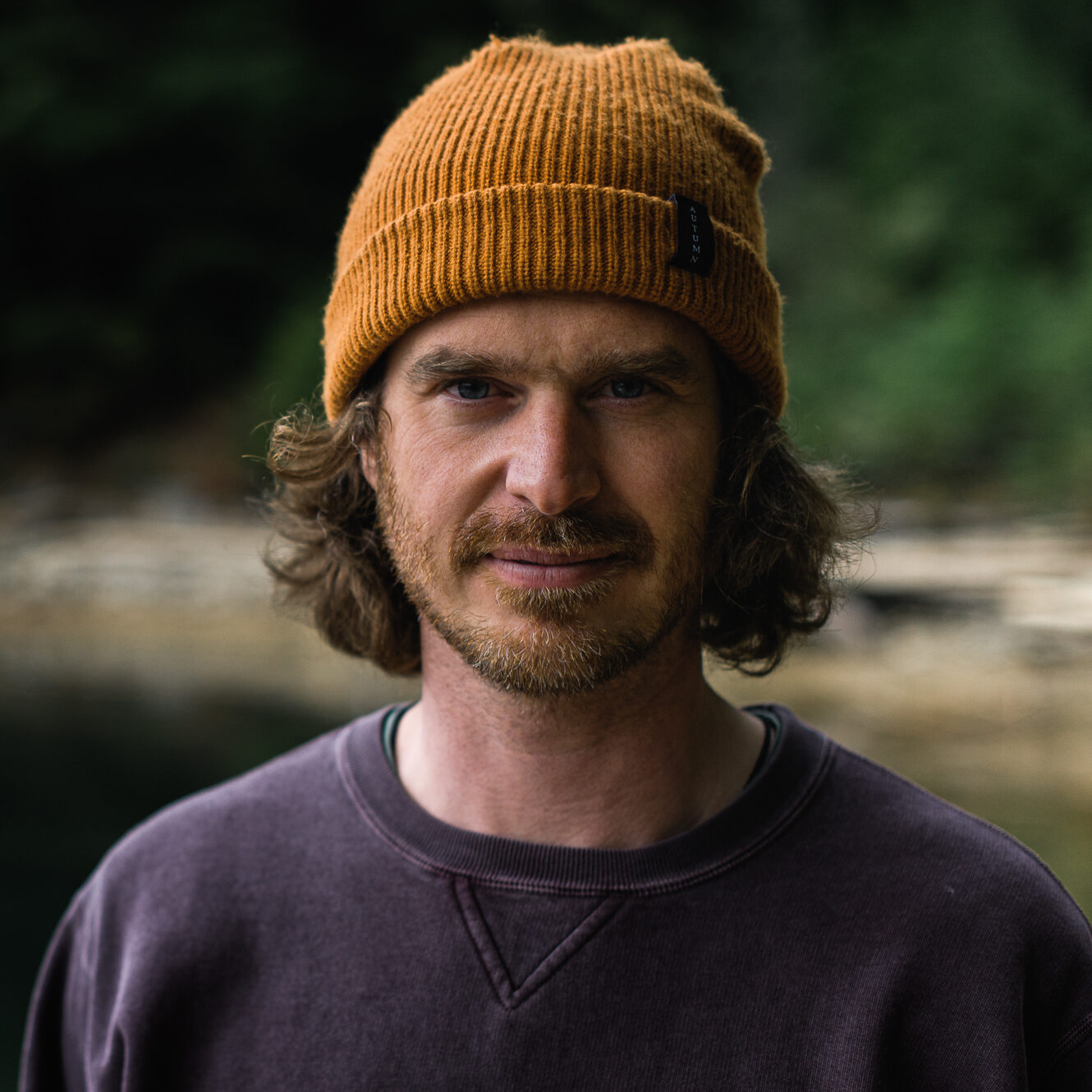 How many years have you been snowboarding Dan?

I started snowboarding on January 1st 2000 so almost 22 years. (At the time of this release 22 years! Nice work Dan.)

How much of that time has been in Revelstoke?

I have been in Revelstoke 13 years. I moved here the end of the first season the hill was open, after I finished university.

Easy! Future Proof by Absinthe Films. I have been obsessing over that ever since it came out!

Toe side or heel side?

Toe side all day! 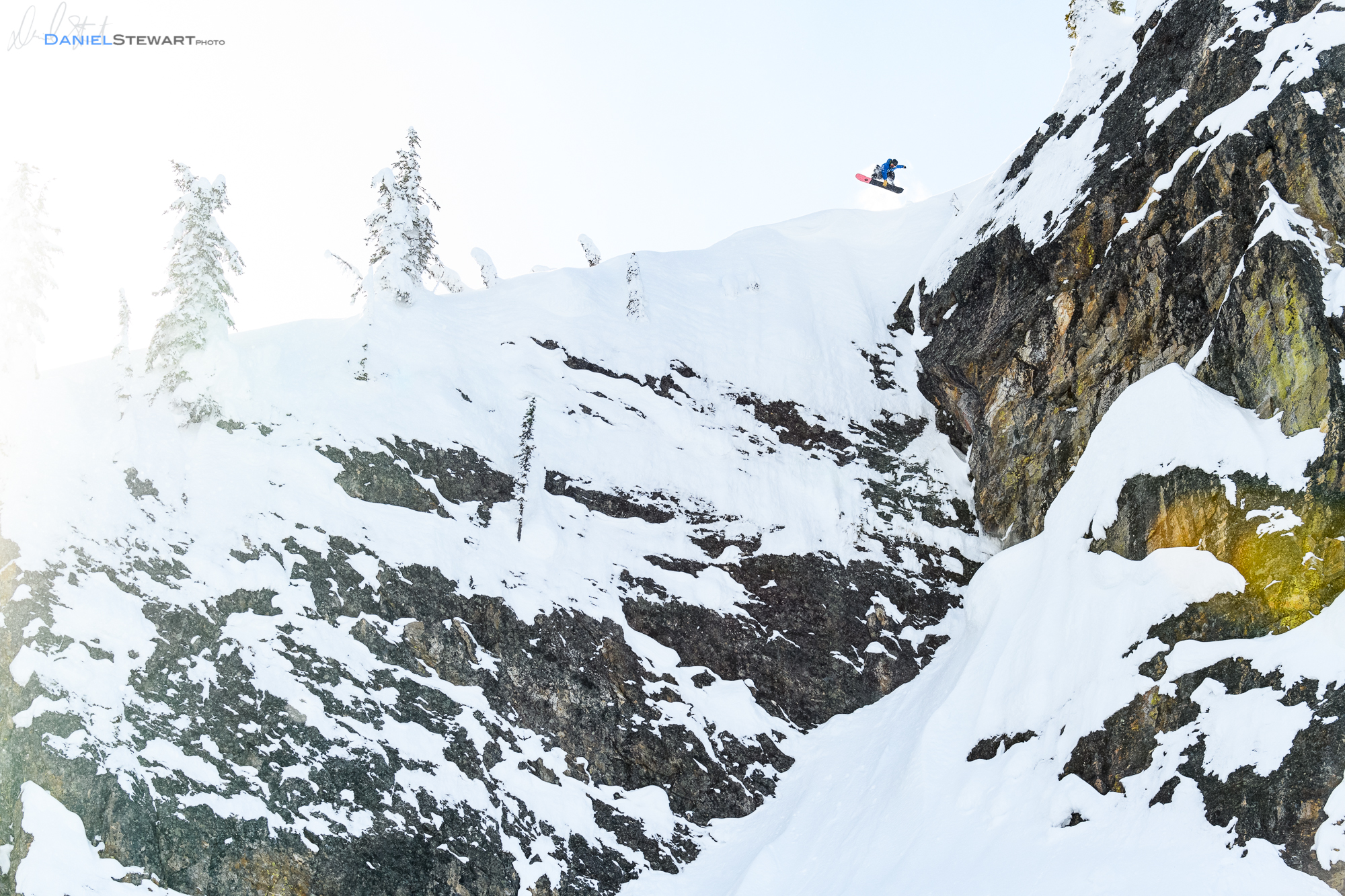 How did snowboarding start for you?

I grew up in Ottawa, my family weren’t skiers or boarders. We did have a ski club through elementary school, one year I begged and begged to go. At like 12 or 13 I got to go every Thursday night to Camp Fortune. I saw some people snowboarding, thought that was interesting and eventually got to give that try in the new millennium. As soon as I had linked a couple of turns I was hooked, and when I caught my first air, then I was obsessed. Couldn’t get enough of that feeling.

What do you love about riding and shooting here in Revelstoke?

I love powder. Just as when I first started snowboarding I was addicted to the feeling of catching air, now I chase the feeling of bottomless snow, and there’s an abundance of that here. Same goes for shooting, I love capturing people’s forms as they’re cruising ripping through untouched snow.

You’ve been working with some big names the last few years, what does a general day out with say, the pirate crew look like for you as the photog? (New movie just dropped)

It’s pretty straight forward and I must say nothing really changes based on the size of the production really. We generally meet nice and early before the sun is creeping up, be it at the gas station or breakfast joint. I generally have a chat with the filmers and / or producer to check in with what they’re ok with, such as if it’s alright to use a flash or not. To be honest, I’m only there cause they are making a movie so I have to be good with whatever they throw at me. When on location, I’m always checking in with the filmers to make sure I’m out of frame or making sure any of my tracks will be out the shot. 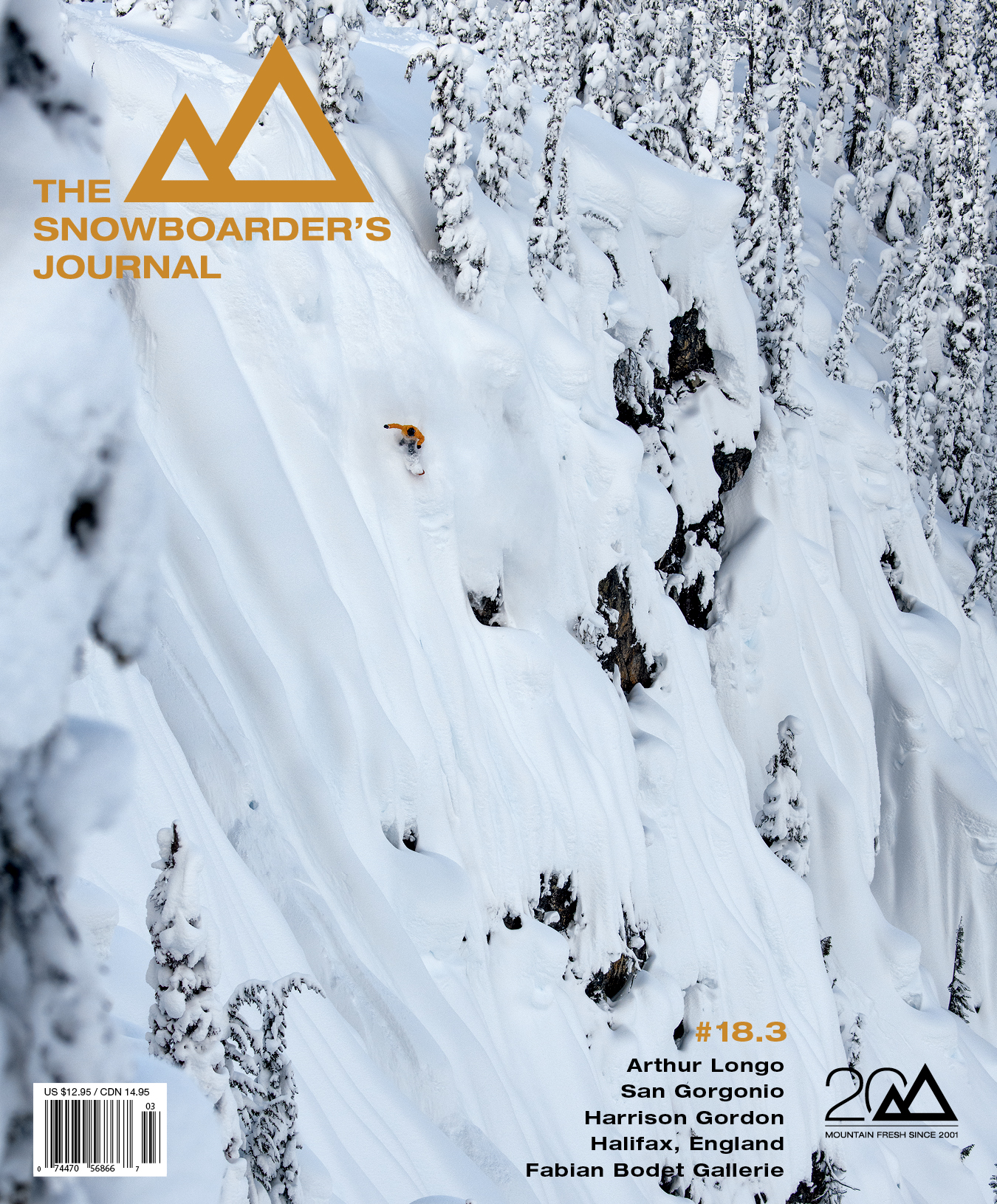 How gnarly are these guys and girls in the flesh?

They are very gnarly, but at the same time they are incredibly measured and calculated. They have a pretty good idea of what they are sizing up and know what does and doesn’t work. They are also human, I’ve seen many times where they size up a feature and back down for whatever reason.

Do you have shots planned out when you leave the house or is it quick thinking when you get to a zone? Whats the prep?

Depends on the day. If I’m out with a crew I’ll try not to have a plan, but I’ll be as prepared as I can for anything that *could* turn up. Things like light, mood and trick selection will have a massive influence on how I shoot a feature. I do go out with intention though. I’ll have some photo ideas that I’ll be playing with in my head and will keep those in my back pocket for when the right opportunity arises.

Lots has been inspiring me lately. There’s some incredible imagery out there, and whenever I see something that I really like, I’ll make it an exercise to deconstruct the image on what makes it work. I’ve been really getting into infrared photography lately, so a lot of my attention has been in those avenues. Learning new techniques, figuring out what works, doesn’t work, etc.

In terms of other snowboarders I love what Dustin Craven is doing showcasing more of the interior scene with his films “Oh Boy” and “Oh Man.” I love watching style kings Arthur Luongo and Kevin Backstrom.

I am enthralled with Jessa Gilbert’s artwork, it comes to mind right away. On that note I also love Hayley Stewart – I find hers interesting cause a lot of her ‘scenes’ that she creates is what I’m now trying to explore photographically with my infrared camera.

What are you looking forward to this winter?

Getting weird! Trying new ideas out. Seeing what the crews come up with for shred ideas. It’s all so exciting every season. I’m also looking forward to my next toeside turn.

Still get enough riding in for yourself? How do you balance that? Or keeping the passion isn’t an issue?

I do my best to make sure I get to ride for myself in the early season. A lot of days at the resort and touring without a camera to make sure that I still love it. I also have a LOT of fun when I’m riding at Selkirk Tangiers, although it is with a camera on. It doesn’t matter though, the feeling of shredding pow is the same. When it comes to filming season though, I’m 100% all in. I’m there to document and create, and I make sure that’s the priority. If I get a chance to go for a lap I’m hyped but I’m there for the riders. I want to showcase them the best way possible. The great thing about this is that I don’t really feel like I’m working when I’m shooting on the snow most of the time. I’m just having so much damn fun with it all still.

Best or worst piece of advice you’ve been given?

My best advice I’ve received and pass along is to not give away your work, and to know your worth.

Thank you Karl at Society Snow and Skate. Thank you Nitro Snowboards for keeping my boards, bindings and boots fresh. Thanks to Sweet Protection for keeping me safe and dry and Autumn Headwear for keeping my head warm. Massive thanks to Kolari Vision for helping me take my infrared work to the next level.

Thank you to all the photo editors out there taking the time to review my work. Thank you Steve Shannon, Ryan Creary and Bruno Long for critiquing my photos whenever I ask.

Thank you to all the riders out there that I’ve worked with who have trusted me to showcase their skills the best way I can. I really appreciate capturing all these special moments and I’m hyped to keep doing this for as long as I can.

Last but not least thank you to my lovely lady Adrie – she helps me through it all and does so with a smile. 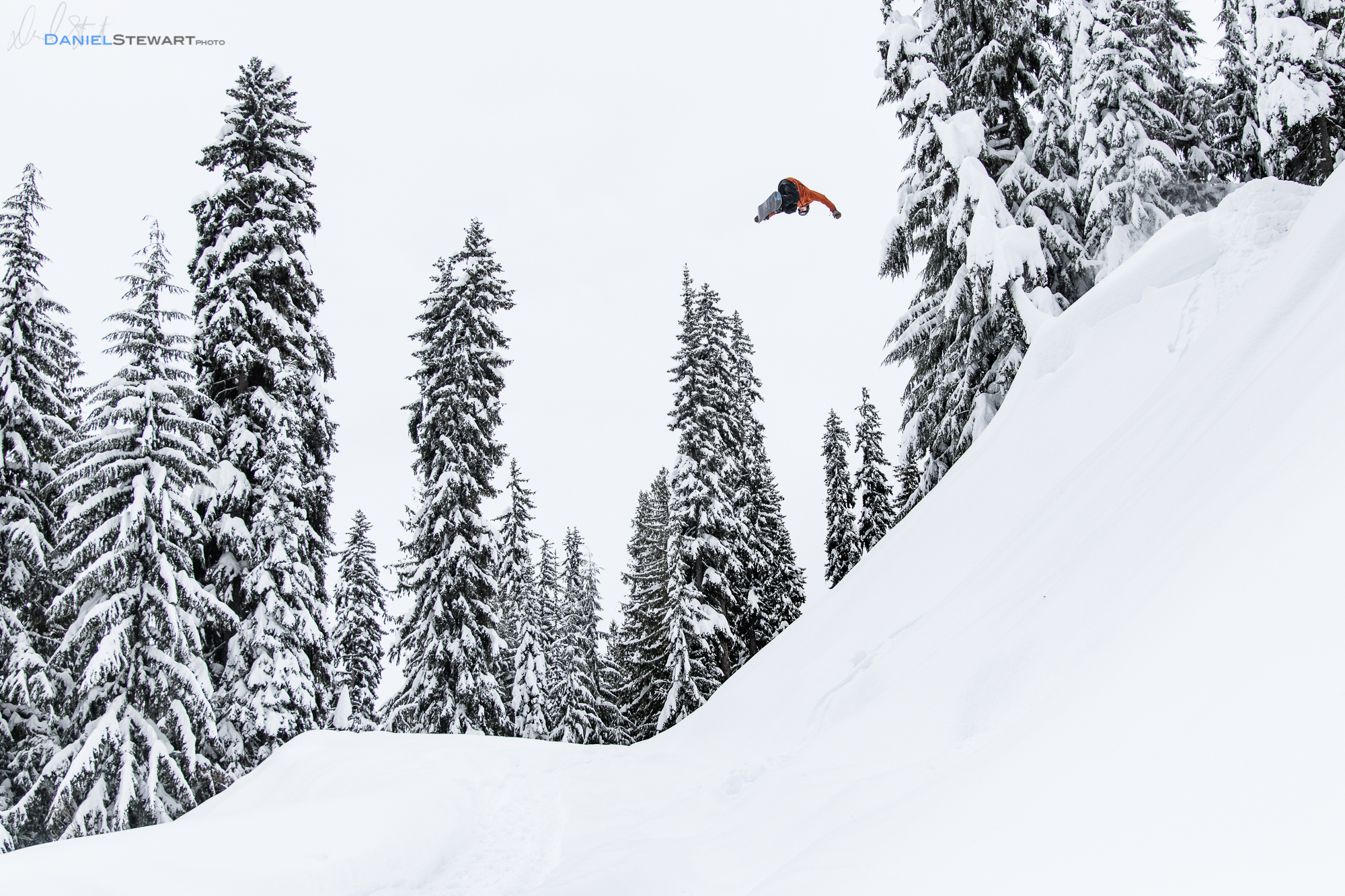 Check out Dan’s work at